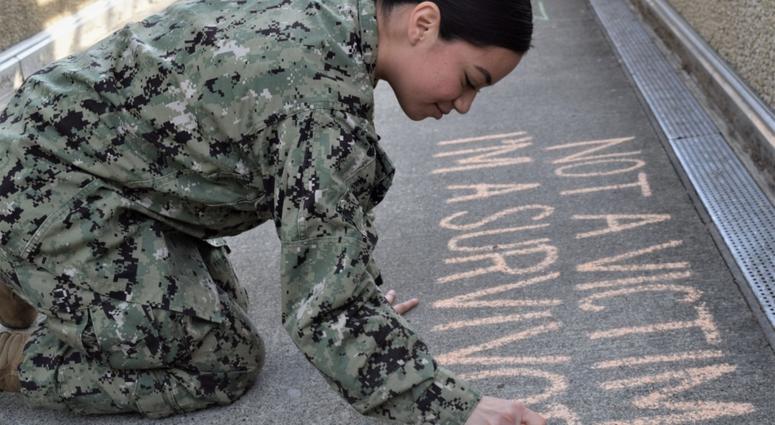 Sexual Assault Reporting in the Guard: A Broken and Inconsistent System

In one of my last acts as a non-commissioned officer before I hang up the uniform for good, I wanted to shed some light on the absolutely horrible landscape for survivors of military sexual assault or military sexual trauma that exists in the National Guard.

This is in part prompted by a soldier of similar rank to me who claims to care about SHARP (Sexual Harassment/Assault Response & Prevention), and probably has the matching default bullet points on years of ratings, yet makes statements that approve of victim blaming or asking “why did it take them so long to report?”

I’ve detailed my problems with that soldier for his chain of command.

If you are reading this, and you are a soldier in the Guard, and you are the victim of sexual assault or rape, do not waste your time with the restricted/unrestricted reporting model. Go right to state or local law enforcement.

The Guard is a black hole when it comes to law, especially when we’re on Title 32, state active duty, or drilling status. All those lovely PowerPoints that we watch once a year are splendid, but they only matter when you are on Title 10 status. Otherwise, you are reliant wholly on your state uniform code of military justice, and as uneven as those are, law enforcement.

We’re not supposed to badmouth the Guard, and I’m not really, but let’s be candid for a second. That “trained SHARP representative” is more than likely someone that went to 40 hours of training, wears the uniform one weekend a month, two weeks a year, but for the rest of the month leads a relatively mundane existence, far removed from that level of responsibility. Very little of the NCO corps in the National Guard are in civilian professional fields that hold responsibility of this nature.  You cannot foist this role off on active Guard, either, as they have enough other responsibilities throughout the month.

And subsequently, we have very little means to enforce having the right kind of people in this role.  The 120th Regional Support Group in Maine, and yes, I’m being specific, I do not feel has the right person in this role, or at least has the wrong person in one of the default reporting roles, i.e. the UMT.

By law, by capability, and by willingness, the Guard is simply not equipped to deal proactively with rape reporting.

In Maine, there are some important things to know:

There is a very good chance if handled through the Guard, i.e. you avail yourself of Army reporting systems first, you may end up with a process that moves too slow to get you in contact with civilian law enforcement in a manner conducive to physical evidence collection.

There is also the reality that tongues wag in a small Guard unit.  People will know.  Wagons will be circled.

There may be people that care, but my frustration is that we are so keen in sustaining this fantasy that we’re basically a federal force, that there are very few NCOs or commissioned officers who are aware of what real rape reporting looks like in the Guard.  We talk about the Army process without fail, but do not have a single training resource that mentions how the Maine Code of Military Justice works.

A survey of 39 other states reveals similar problems.  Yet we continue to push the Title 10 story.  Why?

Reflections on 20+ Years of Service