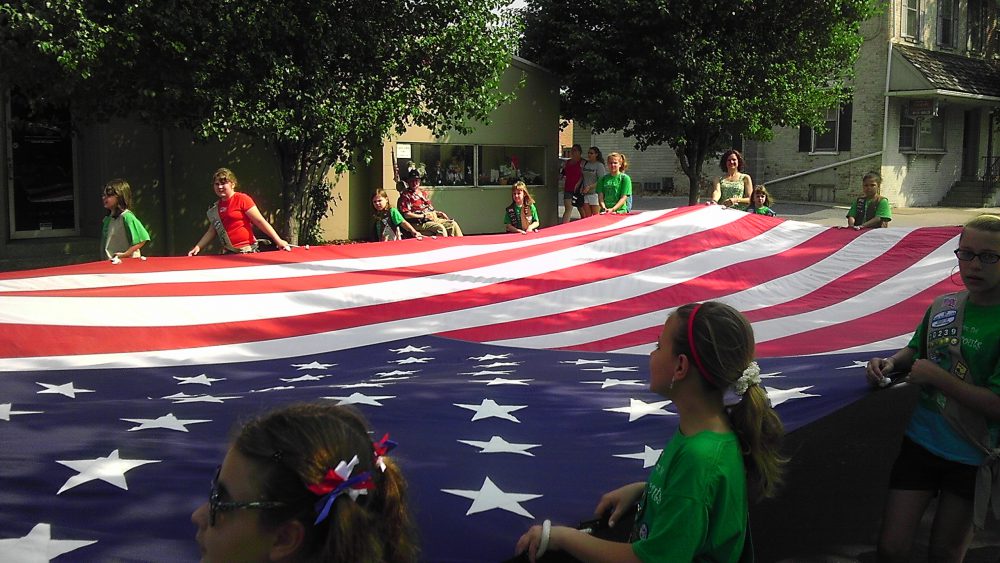 Nationalism is Okay, If You Do It Right

A few years ago, I read a book about the origin of Hanoten Teshua, the traditional Jewish prayer for government.1  The evolution of this prayer or even the evolution of Jewish prayers for nation, is clearly linked to the Jewish experience in Diaspora.

This prayer, of course, even though in rare liturgical use by the majority of American Jews, has come up frequently as liberal variants of Judaism come to grips with the recent election.  Anyone that has written on this has made the easy connection to the rabbi’s blessing for the czar in Fiddler, perhaps because it is a good starting point.  Hanoten Teshuah was likely a Sephardic addition in the 15th century under Ferdinand, which we conclude because it is not found in siddurim prior to the expulsion from Spain.

It’s not a prayer for nation as much as it is a prayer for government, and specifically monarchy.  It’s a fascinating prayer, too.  It outwardly broadcasts Jewish loyalty to monarchs, but some of the the first few lines, הפוצה את דוד עבדו מחרב רעה, “Who releases David, his servant, from the evil sword,” are a variation on Psalm 144.  The following line of Psalm 144 is:

To me, this is a coded caution to those in the know, and a reflection of our ongoing relationship to non-Jewish governments.

While it’s still in many Orthodox siddurim, American Jews started teasing at departures from it in the 1800s, with a translation used at Mikve Israel in Philadelphia particular to republican government.  When the Conservative movement published their first machzor, they broke with Hatonen Teshuah, and Rabbi Ginzberg of JTS wrote a new prayer for our country that is still used by many congregations in Canada and the United States.

Of course, most Reform congregations obviously do not use Hatonen Teshuah.

The ones who carefully preserve Hatonen Teshuah liturgically are fascinatingly, as spoken by our demographics, the most likely to support nationalist and budding authoritarians.

This is confounding to me.  When asked by Jewish friends on the right and left how I could work for a libertarian candidate for President last year, I have to point out that a libertarian’s suspicion of power is naturally built-in to our tradition.  I am leary of rabbis who find ways to make dina l’malchusa dina (as I mentioned in my last post) apply to a government where we have so much self-agency.

If we look at the context of our liturgy and our sages’ relationship to prevailing authority, the context has always been one of subjugation and trepidation.  The inclination to accede to unjust authority when we do not have to, on the other hand, seems like it is perhaps inviting the very government that our tradition does acquiesce to out of fear.

To stake out a position of knee-jerk support for unfettered executive power is a throw-back to the shtetl.  In a land where we have so much personal autonomy and religious freedom, I think the Reform movement has it right, at least insofar as they are willing to challenge and speak truth to power.

Why should we not?  Abraham boldly, but respectfully, asked G-d to withhold judgment.  The vast sum our tradition is defining ourselves, starting with Abraham, in defiance of the norms of the world around us.

And yet, for so many, deference to authority that we think is compatible with our value constructs is the default reaction.

I believe in nationalism and patriotism.  I wouldn’t be so long in the military service if I did not.  But it’s not a nationalism that is defined by assertions of American dominance.  No, the nationalism that is compatible with my religious morality is one that is borne of the good deeds of a people who can act as they are compelled because of our unfettered freedom.  This is a nation that sustains a force of volunteers to defend it.  This is a nation of caregivers who tirelessly work to feed the hungry, take care of children and widows, to not leave anyone behind.

Historically, there are few times populist nationalists have ushered in a new era of prosperity anywhere.  Any exception would only prove the rule that populism results in spectacular, bloody failure.

While I can’t speak in the dire tones of others, as I have confidence our balance of power can and will insulate us from an administration run amok, we do stand on a precipice.  The sum of executive power grabs across many administrations now puts us in a precarious position, and will continue to.

Which prayer to the Divine would you rather utter?  A return to the subtext of anxiety, or an appeal to help us keep up the good work?