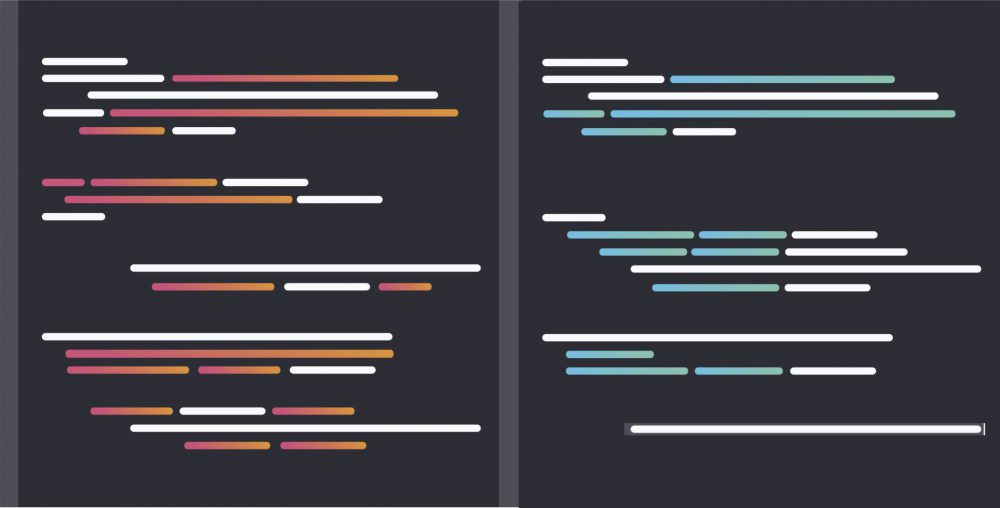 When You’re the Only STEM Candidate in Maine

I am, always have been, and likely always will be, a nerd.

It’s not books, TV shows, or movies…don’t confuse geek chic with nerdliness.  Everyone likes comic book movies at this point; it’s no longer the province of desperately annoying social outliers.

And I’ve a litany of coding experience to prove it all out.  My dad, to whom I owe much of who I am professionally and personally, gave me his Kaypro 2X, an old 8-bit CP/M computer.  Doors opened.  Not because it was an incredible system, no.  It had useful software for a school student, like WordStar and various spreadsheets.  It lacked the flare of the family Commodore 64.  There was no color palette, no SID chip, just two shades of green, a Z80 processor, BDS C, and the realization that if I wanted to do something new, there was a good chance that I’d have to do it myself.

30 years later, I’m sitting on a body of programming work that I’m incredibly proud of.  My first professional project was a survey application for Lancaster Newspapers.  Where I worked, most of the programming staff fled for better paying positions elsewhere as the IT bubble began to form, leaving us with contracts to fulfill and few people to do it.  The pattern for my career was formed when I took on a couple of projects like this.  The LNP application used Microsoft Access (version 2!) for its backend database, and it had hit its saturation point.  Written in VisualBasic 5, it became my gig to move the app to a low-end SQL Server implementation.  And I did the same for Pennsylvania’s Fish and Boat Commission with their small watercraft registration application and database.

And in that span of time, I’ve been a hiring manager.  I’ve contributed to blockchain projects.  I’ve integrated business intelligence efforts with machine learning.  I’m not immured in the field of Artificial Intelligence, but I’m already engaged in leveraging the developments for business case uses.

But I’ve always just sort of taken my nerd powers for granted.  It’s just who I am and what I do, along with being a religious Jew, a dad, a husband, or a musician.  It’s a fundamental component of my problem-solving milieu.

When I realized I was, in absent-minded nerd manner, missing maintenance on small engine components, especially vital now that we’ve moved to Maine, I came up with an Arduino-based Bluetooth device with a magnet that you can attach to a lawnmower, snowblower, or generator, picks up vibrations, and sends stop and start times to a paired phone or tablet.  If I plug in the maintenance data on my equipment, I can even get alerts cued by operating hours that tell me specifically to change my snowblower’s oil.

Given how much I take this capability for granted, perhaps you’ll understand why I was so surprised to find out that according to sources, I’m the only STEM candidate on any ballot in the state of Maine.

In Pennsylvania when I ran for things, this wasn’t as novel.  My friend, Raja Kittappa, a neuroscientist, ran in a primary for Congress.  My friend Charlie, a pharmacist, ran for state house, and also considered a run for Congress.  This was just in agrarian Lancaster County!

I suppose not all STEM candidates are created equal.  They go on the “bad list” if they profess, for instance, climate science denial or belief in a 6000 year old Earth.

Fortunately for me, I don’t deny climate science.  When you write systems that analyze millions and millions of lines of data on coastal insurance claims for 10, 20, and 100 year flood events, you see climate-related risk becoming a huge factor in various valuations.  When you write systems that analyze and try to account for the rate-bearing impacts of increased wildfires, you see the uptick in burden on the insurance and reinsurance markets.

In many cases, if you doubt the science, don’t you dare doubt the actuaries.  You’re already paying for the reality of climate change in your insurance premiums – home, auto, life, health.  It’s not your fault if you don’t know this; it’s not obvious, but the change is bringing about a rate-bearing impact.

Also fortunate for me is that I don’t read the Creation accounts in Bereshit/Genesis and concern myself with the age of the Earth.  No, I’m pretty sure that the two Creation stories presented in the first part of Torah should cause us to focus on two things:  the Earth should be precious to religious people as it was Created by a Creator, and that humankind was to לְעָבְדָהּ וּלְשָׁמְרָהּ, to work and preserve.

My annoyance is that people choose to quibble more about the age of the Earth, putting the Divine in a box, than they do the unequivocal stewardship mandate given to humankind by G-d.

As a religious nerd, I ask, what does the age of the earth matter?  If you’re denying the reality established in Genesis, that G-d tasked humankind with care of this planet as partners, and you’re denying climate science, you’re deviating both from a holy stewardship purpose and you’re being almost criminally obtuse.  You’re not listening to G-d anymore than you’re listening to the large body of peer-reviewed science.  There is nothing even remotely admirable about that.  You don’t have to like it, but indignation is not going to make you morally or intellectually correct, sorry.

This isn’t to say climate science isn’t being used like a political football, of course, but when the data says we have a clear and escalating problem, denial is idiocy.

I’d say that I digress, but I don’t think I really have digressed.  I don’t know if there’s any responsibility to comport myself a certain way as a lonely STEM politician.  I want to grow STEM in Maine, so that feels like a STEM candidate obligation.  I believe that especially for districts, like ours, already seeing climate change touching our coastal economy, that a STEM candidate has a duty to be vocal in advocating against willful stupidity.

I love quoting Abraham Joshua Heschel, so I’ll end this piece with a quote that sums up my feelings about being a STEM candidate with a religious background: