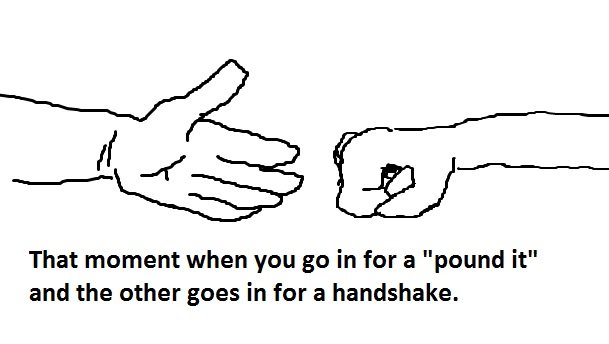 When Philo-Semitism Goes Too Far

A few months ago, a weird guy carrying a canoe paddle showed up at our shul. He walked in, wearing a fedora, a leather jacket, carrying a backpack and an oar.

I’m not sure what he was doing there. Most Jews at this point are conditioned to take this sort of thing passively, avoid and ignore and perhaps it will go away.

A congregant familiar with him indicated he really shouldn’t be in our synagogue, so we ejected him. I was in my Army uniform, figured I could add a touch of intimidation.

The guy incomprehensibly told us stories about a relative rescuing Jews during the Holocaust, and something-something about freedom of speech. We got him gone, and apparently he went across the street and harassed the other congregation until the police were called. He was definitely unbalanced.

His rambling arguments were along the lines of “don’t you know how much I love you?”

That kind of philo-semitism isn’t distinct from finding a bunny boiling in a pot.

Philo-semitism seems to exist on an odd continuum. On one end of the spectrum, there’s the opioid crisis and the overloaded mental health system, which brings, especially for urban synagogues, the crazies through the door. On the other end are Evangelicals and people who look at Christian scripture and find a people in need of love and blessing. In the words of one quasi-permanent guest of our present shul, they “feel called.”

And you know, I appreciate the love. I think we all do.  But when they are a continuous presence in our synagogues, they have an uncanny habit of making our ritual and our communal life about them and how they relate to it.  It makes me that much more grateful for the abstract love and support of our secular or hands-off, distance-respecting, non-Jewish friends

I’m happy to have guests.  I think it’s great to share what we have with non-Jews, but I’m suspicious that they’re not here to be culturally enriched.

When they have to tell you how they feel like they know Jesus better by getting to know us, it’s awkward.  Just as Christianity has evolved across the last 2000 years, so, too, has Judaism.  What we do today would not likely be recognizable to your savior.

When they tell you they feel “called” to be amongst Jews, it’s frustrating and awkward.  This comes with questions, challenges, and a host of things that I think it’s incredibly disrespectful for a guest to put on a host.  This soft form of proselytizing goes nowhere, but it is often a recurring and subtle aggravation.  It gets worse when it involves the Holocaust, as then their trite stories about how they relate to the Holocaust make me often want to point out that our people didn’t suffer and die to validate some random Christian’s faith.

When they tell you that they see Jews and Israel as a living fulfillment of G-d’s prophecy, it’s awkward.  This one-dimensional, Holy DisneyLand view of G-d’s Chosen People doesn’t suffer us to be a complex, flawed people wrestling with matters of national conscience and identity.  This view does come with the sense that we are also a spiritually “incomplete” people.  We are simply here to validate some random visitor’s lay interpretation of eschatology.

I come to synagogue for a variety of reasons.

I come to talk to G-d in the same way (roughly) that my ancestors did.

I come to hang out with people who hold similar beliefs and take the same approach.

I come to educate my children in our ways.

What I don’t come to do is to endure the pressure of validating someone else’s faith.  It’s one thing to be a curious guest.  Sate your curiosity, enjoy our hospitality.  It’s a unidirectional transaction, as it should be.

However, if you feel a calling, if you believe as you do in a risen savior, and something in your spiritual life is continually fulfilled by visiting with us—and you feel compelled to let us know that, you are turning our house of worship into something else, and that is incredibly unfair to us.

There is a place for your expression of faith.