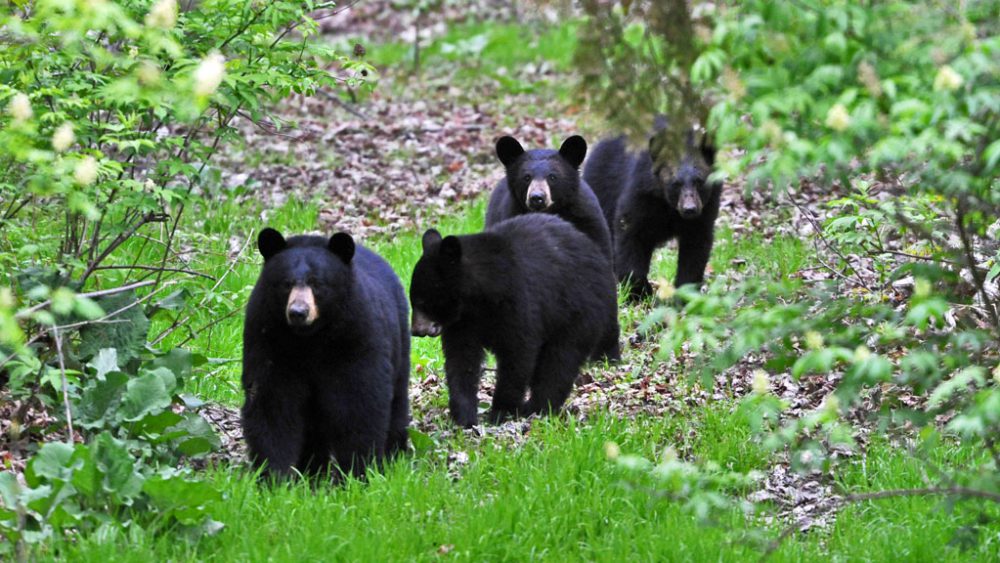 The Bear That Ate Our Tomatoes Because of Disney World

After a week-long vacation in Florida, we returned to Maine to find that our tomato plants had been raided and one of our newly planted fruit trees had been savaged.

As my children played outside yesterday, as we had some time to recuperate, I thought about the prophet Elisha sending some bears to eat children who were taunting him by calling him “baldy” on his way to Beth-El.

While we were at Disney, I lamented and silently cursed any number of aggravating people bereft of any sense of consideration.  One of the things I hate about that kind of vacation is the crowds, the manufactured fun, the length of queues, the need to push ahead because you don’t want to be that person lingering when the rope comes across.  It’s a mess of waiting and barriers.

And it brings out the worst in people.  While I didn’t outright curse anyone, I surely was thinking it, finding obvious physical characteristics about people that I could focus on in my brain.

Did our tomatoes and fruit tree fall to a she-bear because I was mean in my head?

Probably not.  Rashi, probably seeking to soften the seemingly harsh nature of Elisha’s response to children, translated “na’arim” not as children, but as some other form of ne’er-do-wells.  Chazal in general indicate that Elisha was later afflicted with three illnesses, one of which was likely incurred because of the bear incident.

We weren’t back a day before I took Nezzie down to Cove Brook, where she tirelessly waded, ogled the fishies, and threw rocks in the water.  Thousands spent on flights, park tickets, expensive food and souvenirs, and what do the kids like most?  Getting their feet wet in nature.  It’s a telling commentary for me on consumer-focused vacations.  I enjoy the time with my in-laws, who generously put us up at their timeshare in Kissimmee, which saved us a ton on the trip, and I was glad they got to see both of their older step-grandchildren and Nezzie enjoy the parks.

But if anyone really wants to see a child light up, take them for a walk in the woods.  The possibility of seeing a bear in the woods, in our case, right outside our door, is so much more amazing to a child than the series of animatronic Brer Bears on Splash Mountain.  The only thing you can’t necessarily duplicate in the wild is the laughter of your toddler when you ride a cool, kid-friendly rollercoaster, or the species of animals you get to see on the safari ride at Animal Kingdom.

I enjoyed our Disney vacation for a variety of reasons, none of which really had much to do with Disney itself.  It had everything to do with being with loved ones and spending time with our kids.  When I dropped off my oldest back in Clearwater after our time was up, it was bittersweet, and kind of put a damper on the rest of the trip for me.  One of my favorite experiences was watching our unusually gregarious Nezzie strike up a conversation with a stranger from Minnesota as we all sat in rocking chairs, seeking respite from the Florida heat at Disney Springs.

And that heat!  Good gravy, the best reason to come back to Maine, after 5 or so days under the sun on 100 degree (according to the heat index) days, was our climate.  As I type this, it’s 52 degrees on my outside thermometer.  Even if I hadn’t just come back from Florida, I’d be chilly!