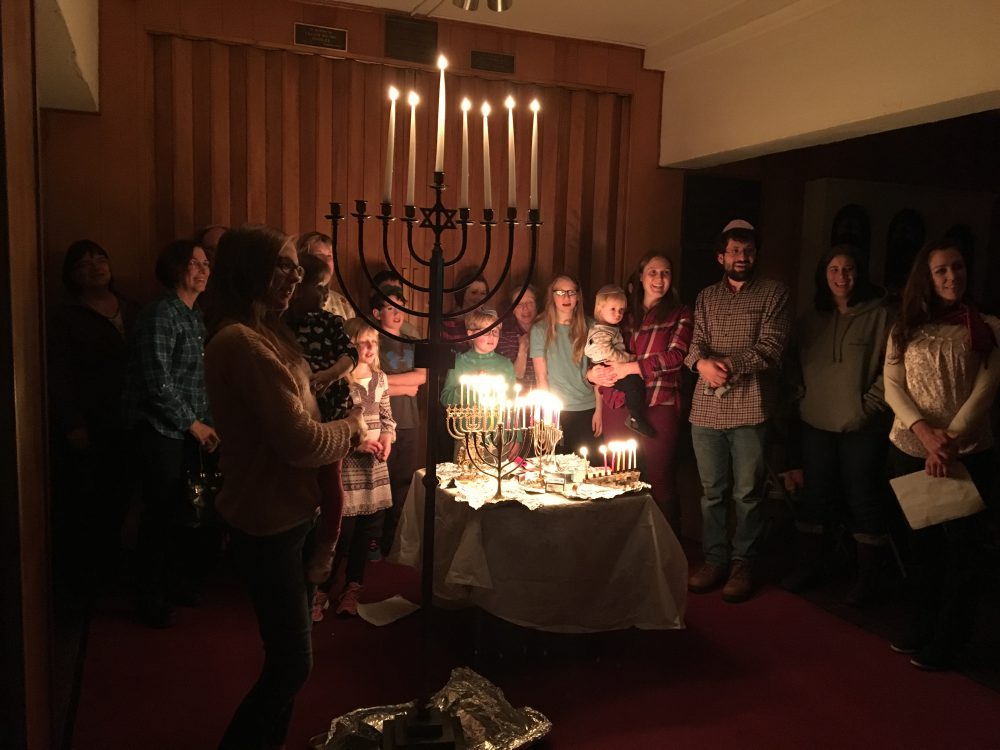 We’re on the exciting precipice of our strategic planning at Congregation Beth Israel in Bangor, Maine. After our friend, Dr. Amy Milligan, came in and spoke about her experiences with Temple Mishkan Israel in Selma, Alabama, it resonated with more than a few of us, I think, of the consequences of not taking a considered and planned approach to the future.

I’ve spoken before about it on this blog, and I’ll say it again–none of us want that “last one to leave, turn out the lights” scenario that we all fear in small communities.

At our meeting to review the first draft of our action plan last night, more than a few people expressed their concern about losing our traditional character. As we embrace a “we are a house of learning” approach, I don’t think we need to be afraid of that. Part of what we are selling is Jewish authenticity. We have traditional liturgy with a deep spring of congregational lay leaders capable of laining and davening almost on demand, myself included, and on top of that, there’s a commitment to cultivate those skills both in our children and with adult learners.

Leah’s been piling a raft of Greater Bangor Area kids from two congregations in a rented van and driving them to Augusta. The Center for Small Town Jewish Life and Beth El in Augusta are running this program, and thus far, it sounds like the kids are enjoying themselves. This sort of community bridge-building with other small congregations in Rockland, Augusta, Waterville, and Bath will be instrumental in keeping our communities alive in years to come.

My wife is also never at rest in terms of bringing in new members. Her education efforts have yielded a couple of new members. I think we’ve teased the interest of a new prospective young family.

But there’s higher membership dues. Higher religious school tuition. Sometimes, your clergy ends up a little more aloof and detached from congregational life. If you have a problem, sometimes it can be harder to have those problems addressed because the institution has to appeal to more people, and you get lost in the shuffle.

And there are the associated costs of living. In larger communities, you’re more likely to have higher property taxes, and considering at certain levels, those no longer bring a federal tax break. You’re also swimming in more competitive job markets.

Granted, small communities like ours have some trade-offs. If you are in a specialized medical field, if employment doesn’t work out, relocation becomes one of your few options. Law and accounting, there are many options. The insurance market is growing, and my field, programming, may not pay as well as other locations nationwide, but the market is growing, from Portland to Bangor and beyond.

Many of our community centers have closed, but that hasn’t ended cooperation between congregations. We collaborate with the synagogue across the street on security, especially during dense attendance holidays. We joined forces with the Reform congregation for our religious schools. We have more in common than we don’t; something that’s always important to remember, and not just in small communities.

And then there’s the setting. We moved to Maine because of the state’s unique character, not just because of its stunning beauty. There’s a live-and-let-live culture here that is second to none in the United States. We don’t treat this place as a vacation destination that we’re lucky to live in. Here, we have not just a chance to put our signature on our community, but on our Jewish community.

Coming to synagogue at Congregational Beth Israel in Bangor is like coming into the bar in Cheers. Everybody knows your name, and if they don’t, they will. You’re probably going to get an aliyah. You’re going to be family in less than a month. You’re going to meet one of the most erudite of rabbis, who also happens to brew his own beer in the basement of the synagogue, and likes to pull out the guitar, along with a couple of the rest of us, and get a jam band going on Sukkos.

You’re going to meet a venerable gabbai, who’s zeyde was one of the founding members of this synagogue, and spent his life living up to and exceeding the generations that came before him. You’re going to see a nonagenarian doctor who delivered the majority of the congregants and their kids, who is still getting up and davening shacharit on Shabbos.

And very soon, you’ll be a part of that story. That young doctor, teacher, computer programmer, with those adorable children, that moved here from that other place from Away, who became an inextricable part of Bangor’s Jewish story.

You will never find more intimate, amazing, and meaningful settings in which to be Jewish. Don’t just settle for a taste of that on your Maine Acadia vacation. Find that, whether it’s here, or Selma, or Petersburg, Virginia, and join it.

Small town Jewish life is where it’s at, my friends.