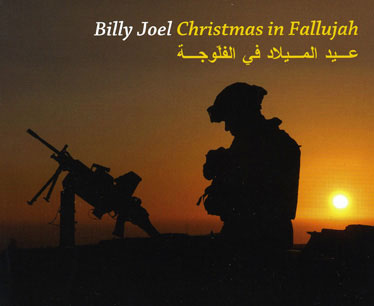 Shut Up, Billy Joel is Awesome

Tablet’s Liel Leibovitz offers us a rehash of Ron Rosenbaum’s 2009 Slate Article, telling us that Billy Joel is basically a master of evil, the musical corollary to Donald Trump.

Eat my ass, Leibovitz. I wasn’t jiving in junior high to Trump’s Art of the Deal. Our civics teacher latched on to “We Didn’t Start the Fire,” even two or three years stale, to teach his students a thing or two about recent historical context.

But I have an ax to grind with a couple of the particularly odious passages in this load of treyf:

1. “The latter appeared most cloyingly toward the end of the show, when one of Joel’s band members took center stage to sing “Nessun Dorma” from Puccini’s Turandot, a treacly treat that, naturally, led right into Joel’s “Scenes From an Italian Restaurant.” It was the musical equivalent of a gold-plated toilet, an ostentatious declaration of intent that would’ve been embarrassing if it weren’t so laughable.”

I am reminded of a corporate meal taken at Romano’s Macaroni Grill a decade ago, where a member of the wait staff regaled unfortunate parties with moderately okay renditions of Italian opera arias, including “Nessun Dorma.” Of all the selections this guy took on, it was the most appropriate for the $14-a-plate romantic sophistication as the kids scrawled in crayon on the paper tablecloth in awkward boredom.

At the time I saw this, I thought, “holy shit, it’s a scene from an Italian restaurant.”

Since The Three Tenors themselves exploited and commoditized this and many other arias, since it already is a fixture in American opera pabulum, it seems puerile to mock this choice. I’d challenge Leibovitz to tell me the content of “Nessun Dorma” or the plot of Turandot without Googling.

No? That’s what I thought. Shut up, Leibovitz.

2. “The old soul is there when Pete Townshend plays guitar and reminds you, for a moment, that even though the boys in the Who never felt anything deeper than a sudden rush of blood to their cocks, that feeling was exhilarating and life-affirming and it’s still there, sometimes, when the old man picks up his old guitar and plays “Baba O’Riley.” … you realize that Billy Joel is so nefarious precisely because Billy Joel was given great gifts—his songs, as Bruce Springsteen correctly noted, are masterworks of musical construction—and yet chose to squander them in the service of nothing but his own lust, vanity, and insecurity. ”

What if, Leibovitz, what if Townshend sang his songs to himself while he was on the sex offender registry? Bet he had a rush of blood to his cock when he was using his credit card on child pornography. If he was humming “Baba O’Riley” while looking at little kids in their underwear, I’ll suffer Joel doing some juvenile goofing during a soundcheck.  Lust, vanity, and insecurity, indeed.  Cute display of selective moral outrage, you putz.

And of all the people you cite as still having the fire, only one other (McCartney) is a recipient of the Gershwin Prize.  Good thing McCartney sticks to smiling pleasantly that he’s singing “Hey Jude” for the 1000th time at the Superbowl.

3. Could you reference James Baldwin about thirty more fucking times, Leibovitz? I don’t usually appeal to him, but Sweet Baby Jesus, at a time when Charles Murray was shut down, in part by a James Baldwin-quoting orcish horde, from enjoying academic freedom of speech at Middlebury…you’re up on your present-case liberal pop culture references like a good milquetoast.  Your bedside reading betrays you.

Using James Baldwin to batter Billy Joel for his perceived intransigence is just overwrought and ridiculous. I mean, at least the university students reserved their James Baldwin references for something so much less, well, absurd?

Billy Joel was a prolific composer. When you get to a certain age, it’s okay to rest on your laurels. It’s okay to get fat on the work you did decades ago.

If you want to be an utter dick, overly impressed with your own astute observations and critical moral superiority, as your own body of work loudly broadcasts, Leibovitz, at least leave yourself some redemptive wiggle room. (As a friend puts it, Tablet would be better with more Yair, less Liel)

After all, Trump didn’t write “Christmas in Fallujah.” Trump didn’t donate the proceeds from it to a charity that specializes in building homes for disabled veterans of Iraq and Afghanistan. Trump didn’t participate in a concert to raise money for damage done by Hurricane Sandy. I cannot name another artist more likely to lend his appearance and time to benefit concerts.

Shut up, Leibovitz. Billy Joel is awesome, and you’re a fink for even trying to draw such a dense comparison.