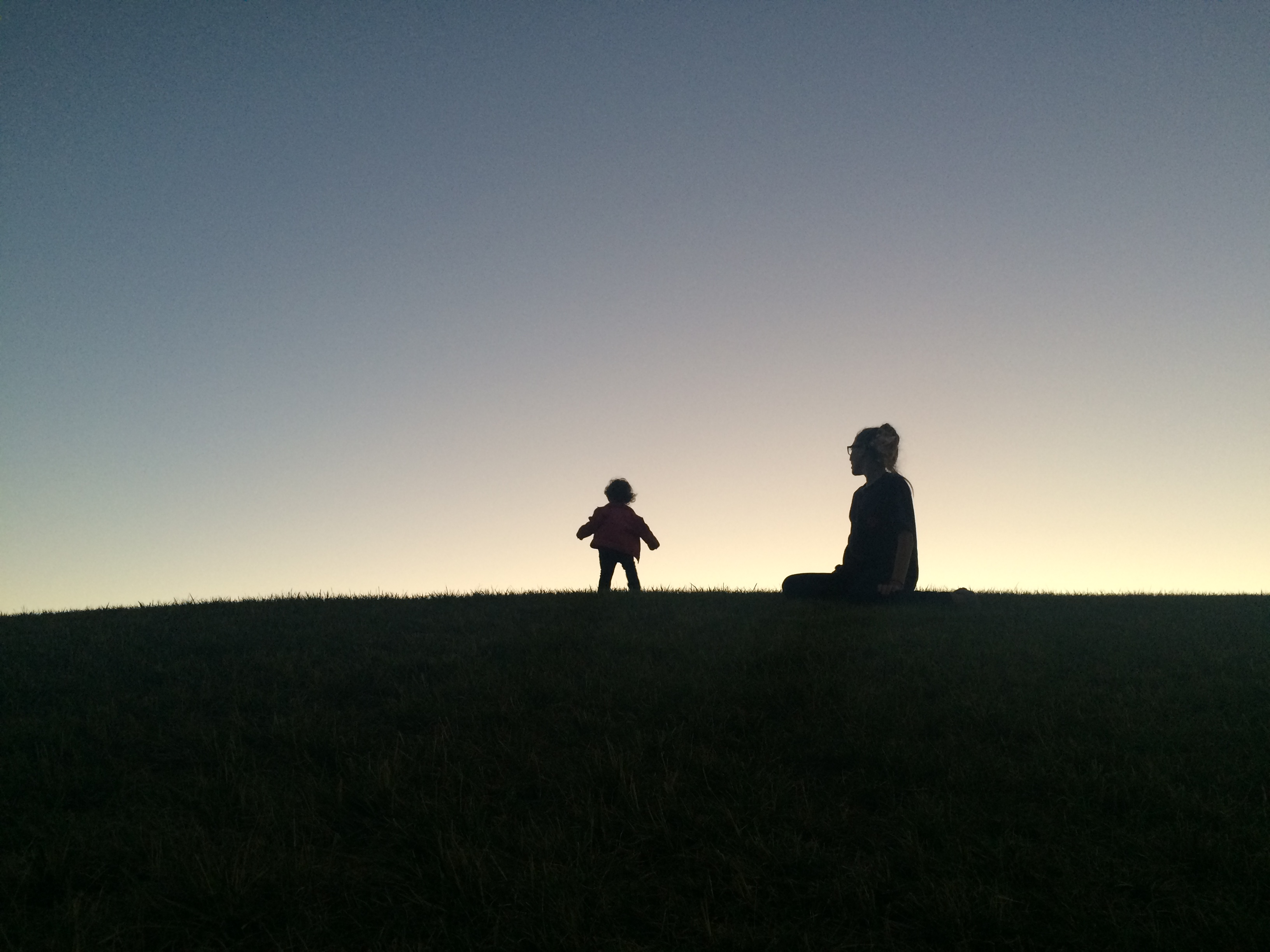 I think that if the beast who sleeps in man could be held down by threats—any kind of threat, whether of jail or of retribution after death—then the highest emblem of humanity would be the lion tamer in the circus with his whip, not the prophet who sacrificed himself. But don’t you see, this is just the point—what has for centuries raised man above the beast is not the cudgel but an inward music: the irresistible power of unarmed truth, the powerful attraction of its example … The idea that underlies this is that communion between mortals is immortal, and that the whole of life is symbolic because it is meaningful.

Nikolai Nikolaievich clearly felt as many of us do right now, in January of 2017, after pouring out such significant thoughts to Vyvolochnov, only to realize the effort was wasted.  You are in command of your facts, but the person you’re arguing with on social media just doesn’t understand.   They just are not impressed.

I’m slowly weaning myself away from engaging on social media.  Pasternak’s Nikolai clearly didn’t anticipate social media and the inelegance of nearly constantly talking past one another.  Friends and loved ones; left, right, and center–all of us suspending our ability to objectively digest facts in front of us, surrendering to the basest forms of confirmation bias, allowing cognitive dissonance to make intellectual and moral concrete slippers for our feet.  No Neck Guido has tossed us in the drink, and even as we drown, we will not yield.

Interestingly, this modern frame for “communion between mortals” may well enjoy more immortality than other transient forms of conversation.  Somewhere, in a database, your Facebook argument, your pithy statement in the comment section on your local news site, it will live forever.  If you dare attach your name, you will be visited by the Ghost of Internet Past and Wayback Engine during your job interviews and at other inopportune times.

Speaking our minds and looking for the cheap validation of a virtual thumbs up is not communion.

Our driveway is a sheet of ice.  The other morning I thought I saw Apollo Ono trying to break a record between our house and Baker Road.  It’s 700 or so feet of uncomfortable slipping of rear tires.  The payoff is, as I’ve previously posted, the sun rising–on the days it is visible–above Bald Hill Cove on the Penobscot.  We come down the hill at the end of our road to that view.

One morning, the moisture off the river froze to the trees on the banks, and a low vapor crawled between the hilltops surrounding the river and the river itself.  Ice presently freezes and thaws on the cove.  Morning there will be crackling chunks of ice, and by evening, the waters of the Penobscot will again be fluid.

The point isn’t to regale you with the beauty of where we live.  The point is rather that we are very remote from the fears associated with being Jewish.  The closest bomb threat was still hours away in Portland, and people are kind where we live on the Midcoast.  We weren’t always this detached.

Our old, urban, synagogue was vandalized in times past.  When I ran for state office, I was called a “Christ-Killer.”  Before that, my home address was put on the forums of a white nationalist website after an article about some foolish activism made The Forward.  Yes, death threats ensued.

Yet I’ve never been afraid.

This isn’t the hubris of a paratrooper.  Okay, perhaps a little.  The one time I did have a physical altercation with a white nationalist, it was at a bar, and alcohol made him brave.  Not that he needed much liquid courage.  I am 5’8″ and trim, and I’m not particularly intimidating.  He punched me from behind so hard that I nearly blacked out, for some imaginary offense, perhaps just wearing my yarmulke.  As I reeled and turned around, he crouched with fists raised, while I was rubbing the back of my head and wondering what happened and why.  He was much larger than me.  White suspenders dangled purposelessly from his waist, Doc Martins on his feet.  I decided to grab his ear and pull as hard as I could, which was apparently considerable.

“Here,” I said, handing his ear to him, or at least trying to.  He clutched the side of his head, screaming.

For a few years after, I allowed friends who were there to tell the story, as it helped cultivate, especially as an infantryman in the Guard, a useful mythos as “The Hebrew Hammer.”

When I relate this story, I feel shame.  I don’t like being assaulted.  I dislike what happens when they get you down.  I’ve had broken ribs, concussions, sprains, and cuts from my time in the Army.  I wasn’t inclined to sustain those injuries in a bar.  I also didn’t want to go toe-to-toe with someone so much bigger, because I knew I would lose and get more hurt than I already was.  I wanted to hurt him, and I feel terrible about that, and with single-malt Scotch influencing my decisions, I went for a particularly vicious way of ending the fight early.

When I was going door-to-door during my political campaign, I went to the wrong house.  The man there was anti-Semitic with no care that my daughter was along.  I did not, however punch him and make him swallow his own teeth, as satisfying as it could have been.

And are we in danger?  I don’t know.  These bomb threats may heighten the sense that we are a community under siege, but they are the laziest form of terrorism.  Make a call, drop a note, you’ve disrupted something Jewish for a day as we panic, practice our fire drills, stand out in the cold.  To my soldier’s mind, the overwrought response to each individual bomb threat is giving the true terrorist all the intel he needs to truly hurt us.  He’s studying our response, and all he has to do is wait.

When I was on the executive board of our old synagogue, the two police officers and military folks (including myself), started having purposeful conversations about physical security.  We need to take that sort of team approach of organizational vigilance, not Twitter posturing.

If violence is deemed necessary, it must be purposeful and not self-indulgent.  If you ever meet a one-earned Neo-Nazi, indeed, ask him if he saw the light, or if he just became more cautious in his overt hatred of Jews.

I affirmed again the Oath of Enlistment, this time for Maine’s Army National Guard.  I abhor a good many of Governor LePage’s statements, but he is one of my Commanders in Chief.  I will not and legally cannot utter contemptuous words about him.  I can critique policy, but when it comes to the office, the vituperative does not fly.

The same holds true of our new President.

Over 10 years ago, and I mentioned it above, I said I would refuse to deploy to the border with the Pennsylvania Army National Guard.  It was a foolish gesture.  In many cases, the Guard’s participation in the enforcement of the southern border saved the lives of immigrants.  I regret it now, even though I took my position on the merits of being a scion of immigrants, particularly Jewish ones who came here illegally from Lithuania to Lancaster, Pennsylvania.

This, and Torah, informs my position today.  I think the executive order on immigration is purposeless.  I think it harms more than it helps.  Further, many of us believe it is incongruent with the mitzvah of taking care of the stranger in our midst.

Others have raised דינא דמלכותא דינא, “the law of the land is the law,” or a hollowed-out shell of such an argument.

1 )  This executive order has already affected Jews from the Middle East outside of Israel, particularly Iran. It is not a law that is applied universally.  Ergo, the law of the land does not meet the test of our sages.

2 )  Further, by putting foreigners who are legitimate residents or visitors to our country, it violates Torah, hence the widespread repudiation of  this part of the executive order by Jews from across our religious spectrum.  The law of the land is the law does not apply here.

3 )  Some prominent authorities question whether this even applies to Jews living in a democracy, where they have self-agency, as halachah tends to focus on monarchies.  What is less nebulous is that “temporary” actions also fall outside the definition of laws that are applied universally.  Again, the law of the land is the law does not apply.

We are compelled to push back against this executive order, if not defy it.  For many in the military, as reflected in Sec. Mattis’ push to get Iraqis and Afghans exempted, this is a betrayal of those who sacrificed more than the 99% of Americans, including the new President, have or ever will in the fight against ISIS or Islamic extremism.

The Guard, of course, has a possible role in enforcing this executive order.  I would like to see it remedied by an amended executive order, Congress, or the judiciary before it comes to conscientious objection on the part of many members of law enforcement and military.  It would be an order we’d be morally obligated to question.

There are no bears but the metaphorical in this post, obviously.  As Jews, we have much to chew on in the wake of this election.  I go back and forth between things are never as bad as they seem, or “get in the bunker kids, the world’s going to burn!”

One thing I’m sure of, however, is the absolute veracity of Pasternak’s “communion between mortals.”  Substantive interaction with our fellow meat-sacks is the antidote to so much of the acrimony.  Conservatives need to stop with calling people “snowflake” (particularly if you have never served in the military there, tough guy); liberals need to stop trying to virtue signal and shame others into joining the Church of Intersectionality Feels, and start embracing coherent policy that isn’t mired in identity politics.

We need to express less, and listen more.

A wise leader, on immigration, would say “we need to help, while mitigating our risk.”  People are defending this policy as doing that, while absurdly pretending like the incendiary anti-immigrant rhetoric during the campaign means nothing.

A wise leader, on Holocaust Memorial Day, in the midst of bomb threats against Jewish institutions, would have specifically mentioned Jews.  His vizier wouldn’t then chide a group who lost over 1/3 of its global population in the span of a decade for outrage over the omission.

We live in troubling times, when leaders embrace the same affection for talking past one another that dominates the national conversation.

Wise leaders rise above that and seek communion with the governed.